You are here: Home / Personal / Correspondence / Letter to David Miscavige

By Deutsche Post, and by E-Mail via Scientology Organizations

This is a demand for refund of all the money that you and your Scientology organization scammed from me during my years as a Scientologist. Throughout those years, I sincerely tried to get Scientology to work, with no success. I am convinced that Scientology does not work. It is a complete and criminal fraud. My IQ did not go up even one point, let alone the promised one point per hour for the thousand hours of processing to which I was subjected. Not only did Scientology not work, however, but it was, and continues to be, psychologically damaging, to me and to every person who has ever known me in the cult. Your predecessor cult leader L. Ron Hubbard defined a “quack” as “someone who gives service but refuses to refund the fee if the service is unsatisfactory.” You yourself include this definition for “quack” as a “scriptural” truth in a book you still sell entitled “Modern Management Technology Defined.” Hubbard defined “quackery,” also in your “scriptures,” as “the action of selling service and refusing refund of the fee if the customer isn’t satisfied.”

As you will recall, I wrote to you on November 13, 2001 and advised you that I was not satisfied with any and all of the services I had ever received from any and all of the parts or personnel of your cult. I also advised you, as you know, that the fees I had paid for the “services” your cult had sold me totaled over $61,500, and I requested a refund of that amount. I was clearly a customer.

Hubbard and you used these definitions of “quack” and “quackery” to keep me in Scientology, under your cult’s domination, and paying you more and more fees to get Scientology to work. After all, reason would say that you both were claiming to not be quacks and not practicing quackery, since you promised to refund the fees of any customer who wasn’t satisfied with services you were selling.

Because your cult trained me to believe, during all my years in Scientology, that the organization was refunding the fees it promised to refund, I also was led to believe that I was not a quack and not practicing quackery. Now I see that you deliberately and cruelly made me a quack, and that you make every Scientologist a quack. You forced me into quackery. I believe you do this because of a personal, pathological, covert hatred for the Scientologists under you. Or what other reason do you have?

With your deliberate, cruel refusal to refund fees of customers, you even force auditors to violate their own “Auditors Code.” Every auditor promises that he or she will “see that any fee received for processing is refunded if the preclear is dissatisfied and demands it.” Yet, as my case alone demonstrates, no auditor sees that fees received are refunded if the preclear is dissatisfied and demands it, because you prevent it. You make every auditor renege on his or her promises, violate their codes and practice quackery. Hubbard said that “auditors are amongst the upper tenth of the upper twentieth of intelligent human beings.” What a cruel lie. You’ve degraded decent human beings into ignorant quacks.

I have now learned very tragically, after all this time, that reason is inapplicable to Scientology because Hubbard was, and you are, even by your own definitions, criminal. I learned, after requesting the refund of my fees, and after giving you a reasonable amount of time to refund the money that you had taken from me for worthless, dissatisfying or no service, that you — David Miscavige — are but a quack, practicing and dictating quackery. And far worse, you have not only refused to refund my money, but like a craven criminal you have refused even to respond decently to my request.

One of the “cute,” but very evil, parts of your scam, which, if understood, actually confirms you as a criminal quack, is your “trick” of requiring that customers requesting refunds do so within three months of their last service. This cheap trick is notably absent from your “scriptural” definition of “quack,” because, of course, you are a criminal quack, and Scientology is criminal quackery.

Nevertheless, to erase any excuse you might manufacture, upon confirming by my reasonable wait that you were a criminal quack, I took yet another “service,” some “processing,” from your cult, yesterday, July 30, 2003. And I am advising you hereby that I am utterly dissatisfied with that “service.” It was tawdry, useless, unprofessional, ridiculous, a total waste of time, and simply classic quackery. It was also far, far worse, because this utterly dissatisfying “service” was rooted in criminal fraud. It was designed to suck me, or anyone else receiving it, into your cult where you could quack us out of every cent we have. The woman who delivered the “service,” to me yesterday, whether she knew it or not, was a total quack.

It is terrifying, as you obviously intend it to be, that your reaction to my request for a refund was to declare me a “suppressive person.” As I’ve recently discovered, and as I wrote to you, that means that you will have me obliterated, rather than give me a refund. The “Auditor’s Code” states that “the only condition” for a refund of fees is that the person demanding it “may not again be processed or trained.” But that too is a cruel lie. The additional conditions you have imposed on me include labeling me an “SP,” threatening me, fair gaming me, and disconnecting my daughter from me. And even with all these conditions you still did not refund my money. Will you now simply murder me?

It is frightening beyond reason, that you boast that you are shooting down people like me like ducks in a pond, when it is you who walks like a quack and acts like a quack. Isn’t it true that the very reason you refuse to refund my money, even though that makes you a quack, is just so you have another duck to shoot down? Isn’t it true that by your cruelty, savagery and quackery you show all the dead ducks what a big man you are?

I have made myself reasonably available to receive a refund of my fees, or any decent communication from you concerning such a refund, from the date I first made my request. I gave you, I believe, a reasonable amount of time to refund my money and thereby show that you are not a quack and that Scientology is not quackery. By proving that Scientology is quackery, you have also fully justified and validated my request for a refund. Quackery doesn’t work.

The only way you can make me wrong is to immediately refund my money. Otherwise I must take legal steps to compel you to refund the money you scammed from me, and I must take action to protect other consumers from Scientology quackery.

What a terrible thing you are doing. Give my money back!

As always, I am awaiting your response. 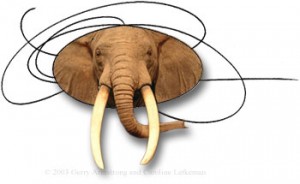