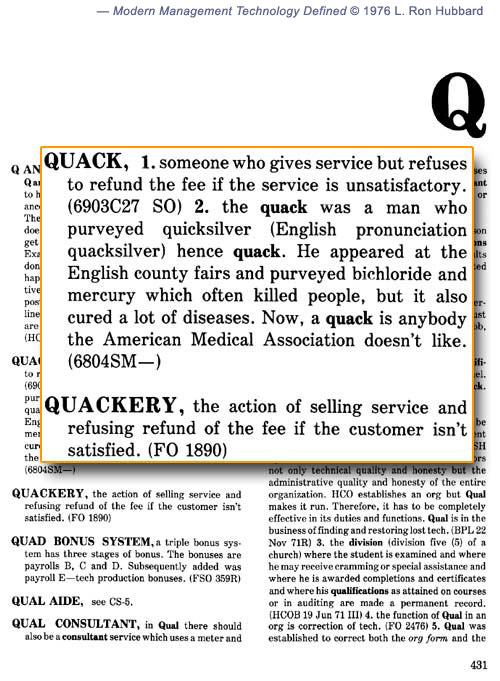 QUACK, 1. someone who gives service but refuses to refund the fee if the service is unsatisfactory. (6903C27 SO) 2. the quack was a man who purveyed quicksilver (English pronunciation quacksilver) hence quack. He appeared at the English county fairs and purveyed bichloride and mercury which often killed people, but it also cured a lot of diseases. Now, a quack is anybody the American Medical Association doesn’t like. (6804SM-)

QUACKERY, the action of selling service and refusing refund of the fee if the customer isn’t satisfied. (FO 1890)