You are here: Home / Scientology / Scripture / Book: Notes on the Lectures (1) 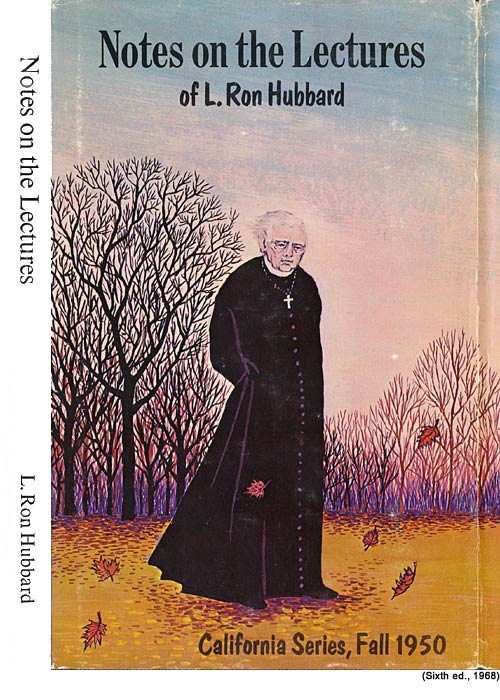 The Dynamics – Remarks about Groups

A dynamic is a surge of energy within us which is seeking to promote the survival of something. There are seven dynamics.1

Fifth Dynamic Life – Life has a great deal more affinity for living objects than it has for MEST, inanimate objects.

Sixth Dynamic MEST, the Material Universe – One gets out and looks at the stars. This is MEST. The wind, the rain, the snow, the blue skies, all of these things are MEST. There was dew on the rosebush, when one was a child, the world looked good, the sun was bright and warm, there was a definite reaching out, an affinity. All of a sudden this Dynamic becomes blunted, and MEST becomes less and less one’s friend. Finally a man gets up in the morning, comes out of his house, and dew on the rosebushes is just something that gets his shirt wet.

To any problem that exists there is an optimum solution: the solution which brings the greatest benefit to the greatest number of dynamics. The infinitely perfect solution would be one which brought about infinite survival on all dynamics. In our finite world we find it necessary to suppress some dynamics in order to advance others, as we make decisions about every day matters. But any continued suppression of a dynamic (particularly one of the first three) soon brings about disastrous results.

The group can be treated from several slants: one is the evolutionary, another is the mystic.

In evolutionary terms man has developed and evolved through various stages through natural selection, and in this development changes have been regulated by survival. He evolved several methods of getting along. The group is one method – man as a hunting pack. Man achieved better results in the group or pack. Up to a certain point man’s survival is inter-dependent within the group. If the laws of tooth and claw or self-preservation were basic laws, there would be no one on earth at this time. Kant’s theory was that the group consisted of individuals working for self-preservation only. But the more analytical the beast, the more co-operative is the group.

Man’s Golden Age is at the point where self, group and the future all have relatively equal stress. Then, when too much force or war, etc., creep in, one or more of the dynamics becomes blunted by that force and there is a descending spiral.

The early Christian church revolted against the Roman Empire negating bathing, negating athletics, denying the Roman type of government and denying the body. Christianity overthrew the group of the Roman Empire but failed to set up another group. Thus followed the Dark Ages. It was a long time before the church decided that it must be a group, and a good group, the Catholic Church. Then Europe came out of the Dark Ages with this development of a group with strong tenets.

A group goes along fine so long as it is operating on the first, second and third dynamics. When one of these dynamics is knocked out, then the group starts its decay. Man has succeeded in direct proportion to the rationale and rationality of what the group was doing.

The individual says, “What am I going to get out of this group? What does this group mean to me as an individual?” And the group should say, “What do we get out of you for the group?” These things are interactive. The group must enhance the survival of the first and second dynamics. The forecast of its survival can be made in these terms. Every dynamic will survive so long as it enhances the survival of all the other dynamics.

In one of the South Pacific societies, infanticide became a ruling passion. There was a limited food supply and they wanted to keep down their birth rate. They began using abortion, and if this didn’t work, they killed the children. Their second dynamic folded up. This society has almost disappeared.

There must be certain factors in the group. The group will fall apart if it cannot demand of the people within it contributions to its life, and the individuals in the group have the right to be able to contribute to that group.

A body of ideas will remain alive so long as it is contributed to. Dianetics, for example, is a plan of thinking and a way of looking at things, a way of arranging new answers which are just as good as they are workable. But it must be advancing along the line of a relatively solid idea – a growing idea. It is a science of thought, not a science of removing aberrations.

A group is thought and its body is composed of perpetual ideas and ethics and understanding of its own goals. The heartbeats of the group are the small ideas, the interplay of thought within the group.